I still cannot believe this happened, ya’ll. It was definitely an experience to remember.

Thanks to my nanny for pulling some strings and getting us in to watch the filming of Tim McGraw & Faith Hill’s new music video “The Rest of our Life.”

Mom and I could not containment our excitement – we were giddy all day. Of course we had hopes to meet them, but we were just excited to see them in action! 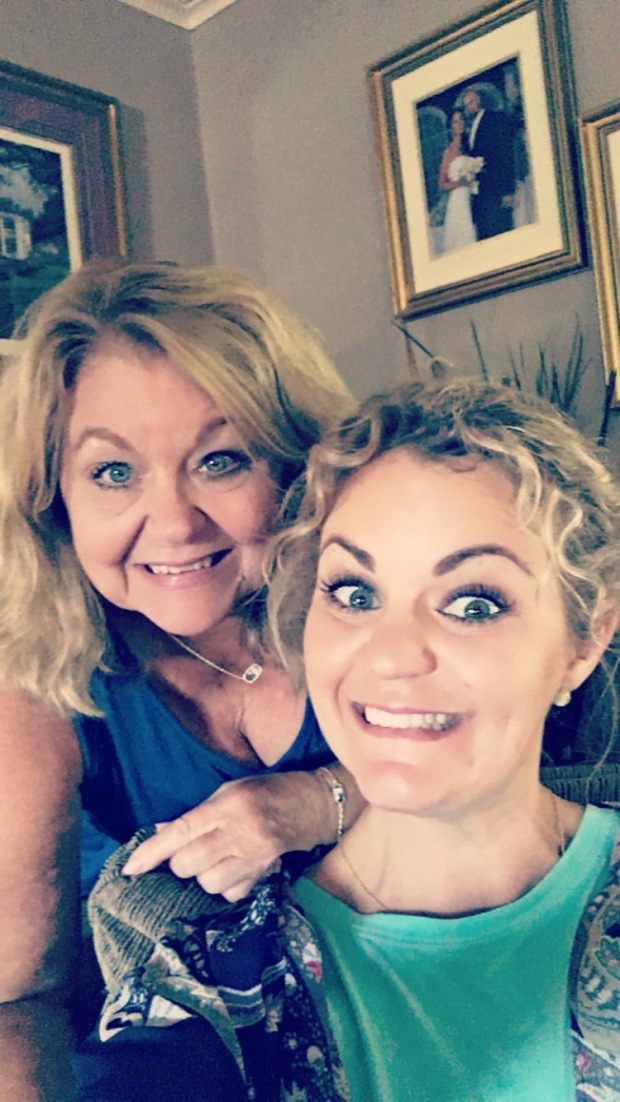 We made it to the set before they did. We walked around the bar scene created. We were in awe by all the knick knacks, pictures, and love notes – including one from Johnny Cash to June <3

They filmed outside first. We just stared at their beauty – I had to remind myself to take pictures, because I was just staring :) She was on the phone in between shots, and he was taking pictures of the scenery. 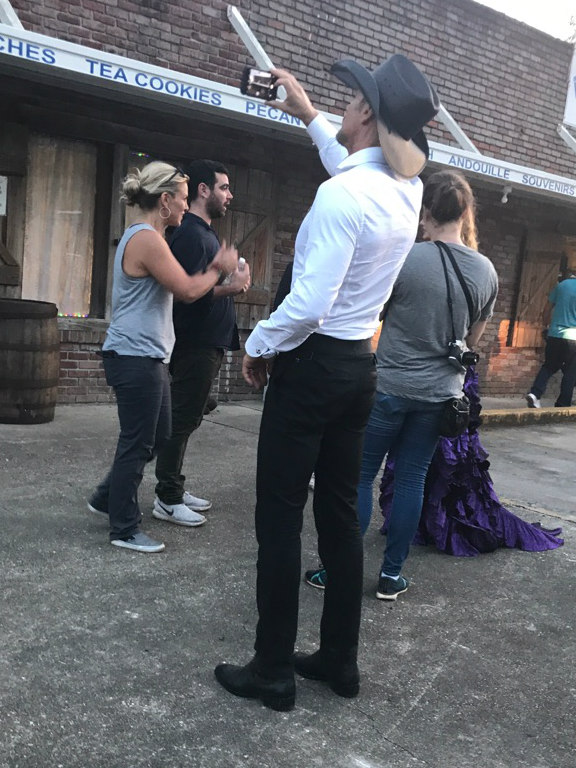 We then went inside where Faith had to film the bar scene. On the way in, Tim noticed a guitar which is free for anyone to play in the restaurant when they are normally open. He picked it up and started playing whatever came to mind! 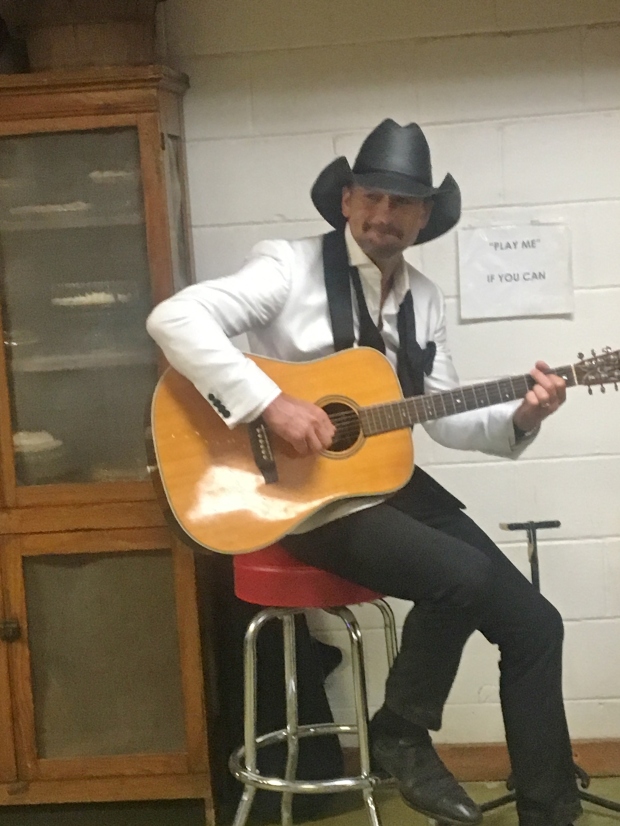 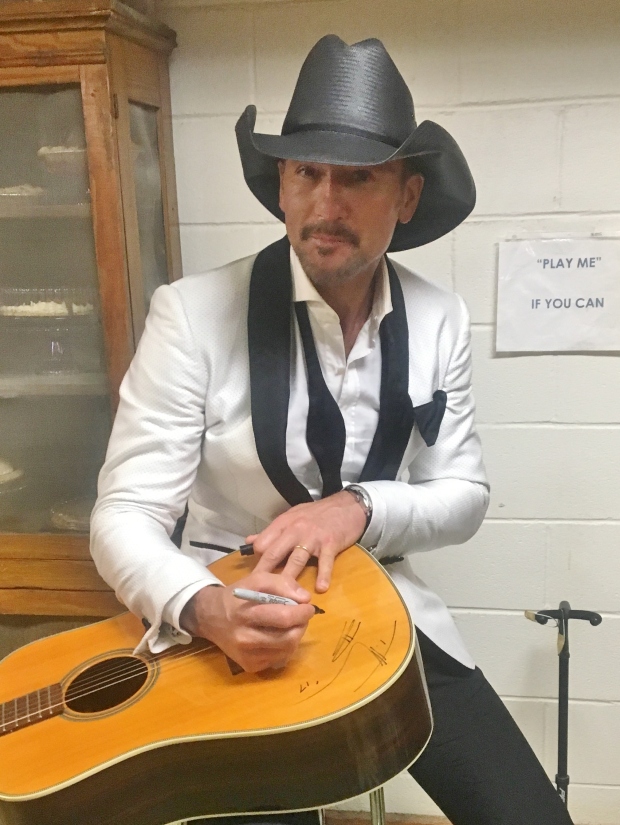 We were in different rooms than the filming, but we were able to watch on the TV screens in the equipment room. Since Tim was not in these scenes, he was in this room also watching and talking to everyone. He was such a nice country boy – he reminded me of the guys in our area…just drinking beer and talking about fishing and sports.

As Faith was walking through a door in one of her scenes, he looked at the screen and said, “Look, ya’ll, that’s my wife.” OMG <3 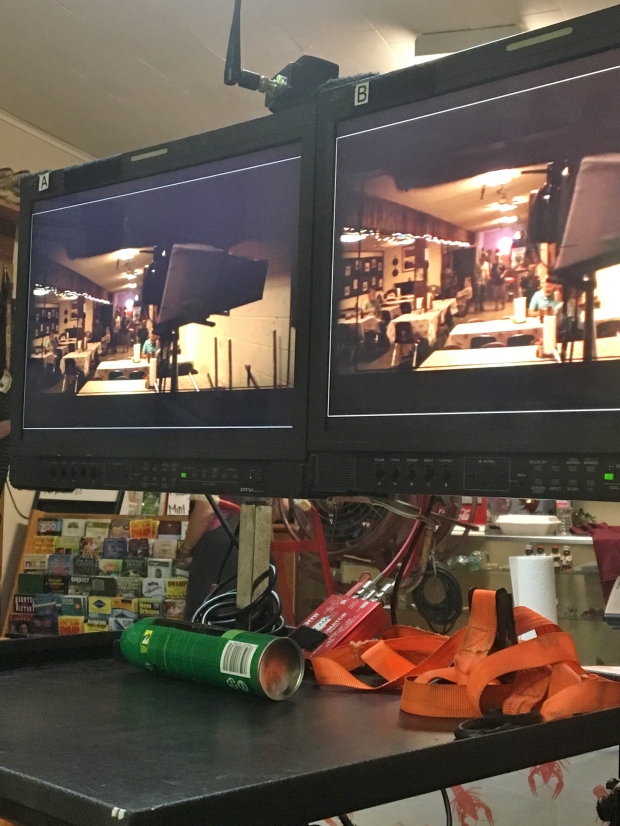 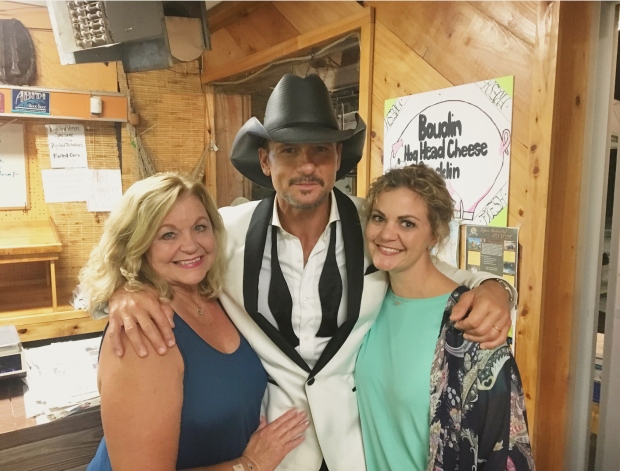 We met Faith and shook hands in passing when she was leaving the makeup area. We could not get a picture with her since they were whisking her away to start filming again. Oh my, ya’ll, she is so beautiful….and so nice.

It has been killing me not to post about this since September 18th! We were asked by the production crew not to post any pictures or videos until the music video came out to the public. I’m so thankful to my nanny and family for letting us experience this once in a lifetime day! I’m also super thankful I got to do it all with my mamma :)