Herbie continued his shenanigans in the kids bathroom one morning. We found him sitting on the toilet with a poop emoji face! 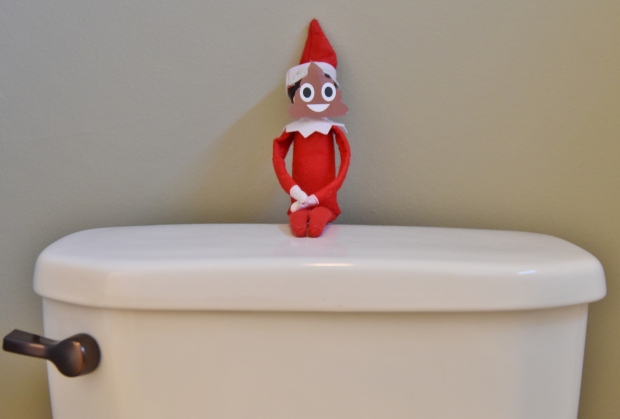 Easton was all smiles when we found Herbie the next day with Mickey & Minnie Mouse! When we looked closer, we noticed that Herbie had on his own Mickey ears! 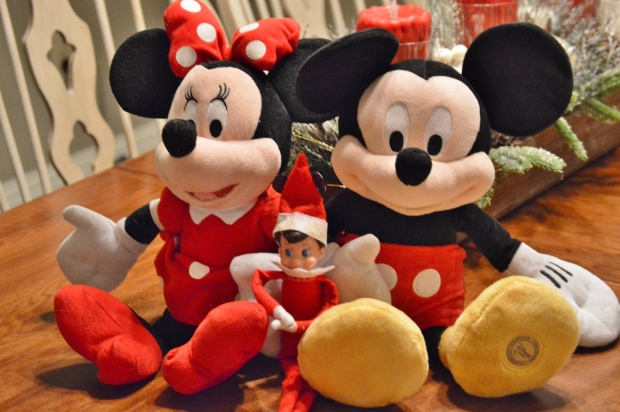 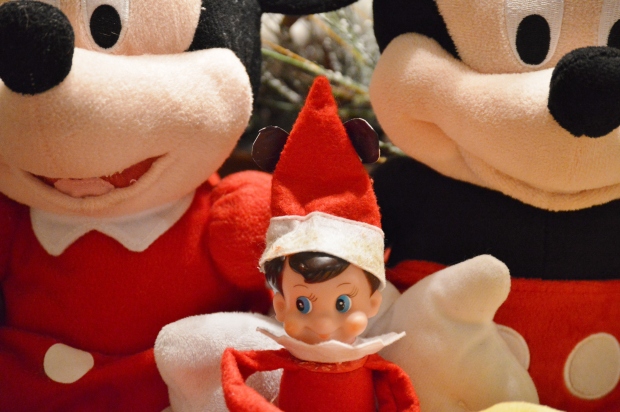 He thought he was a baby the next day…we caught him in a baby doll carrier wrapped in a blanket…drinking a bottle! 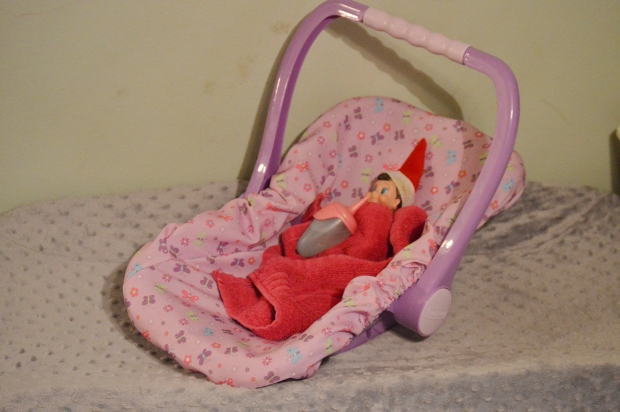 The next day I heard, “How did he do that!?” Mr. Herbie made a snowman out of the girls’ door in their room! 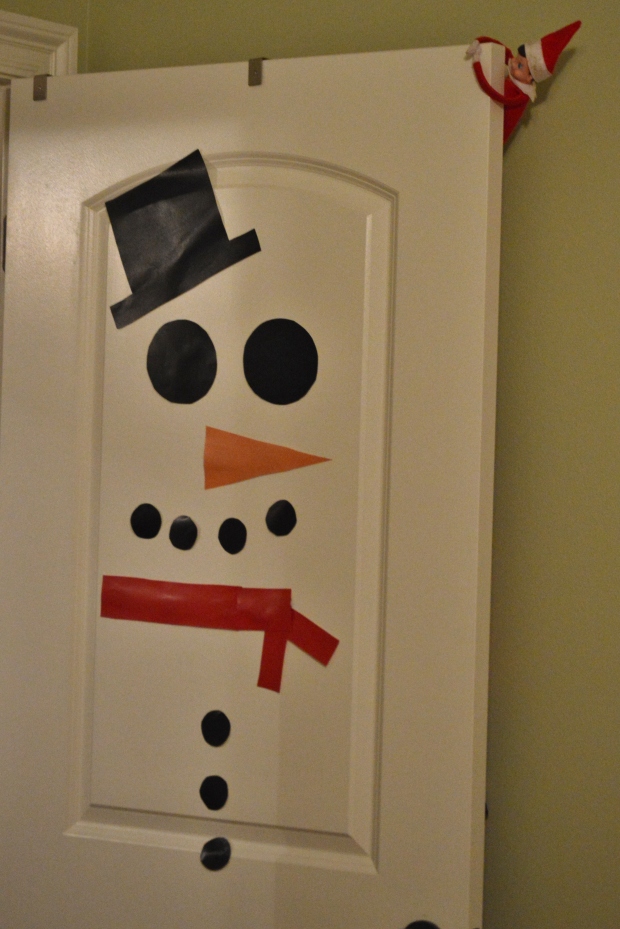 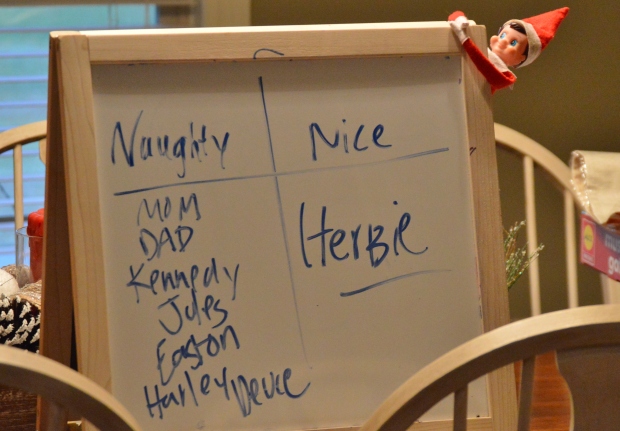 That day, Kennedy lost her third tooth. She anxiously put her tooth under her pillow so that the Tooth Fairy would pass. When she woke up the next morning, she found a special note from Herbie. He actually met the Tooth Fairy!! He said she was full of glitter! 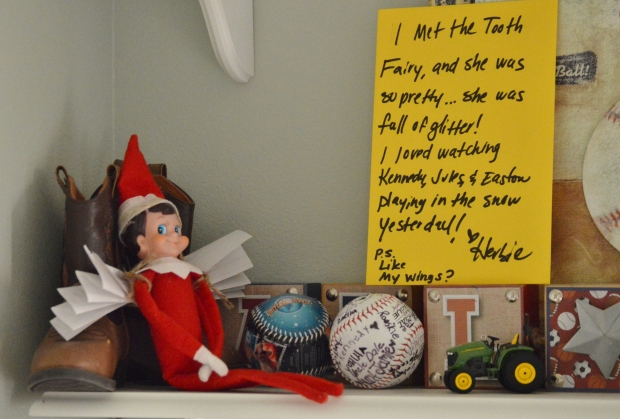 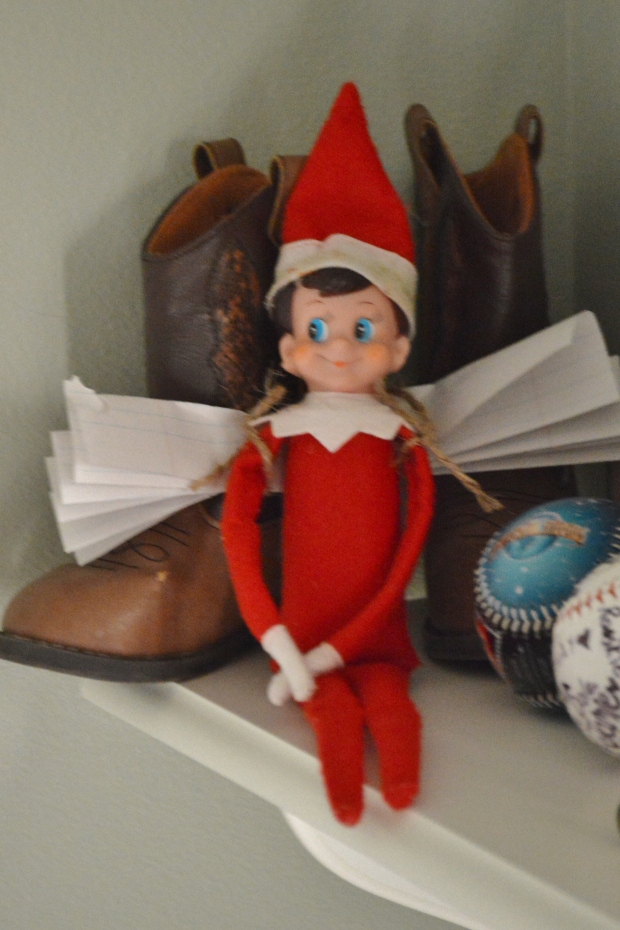 They were all giggles the next day when they found Herbie on the balance beam. There were even judges giving him scores! They kept pointing out deductions they saw in his form! 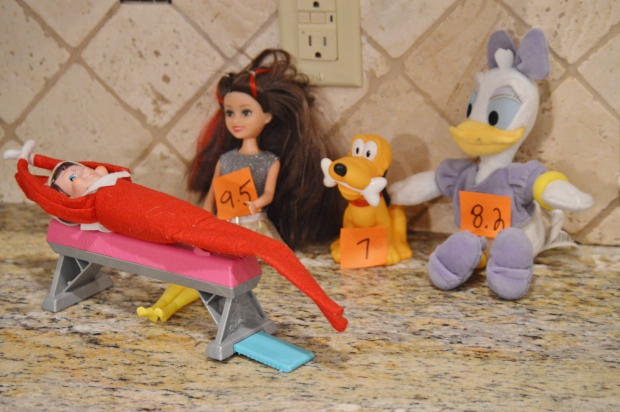 That night, that little stinker snuck into my room and drew on our honeymoon picture! 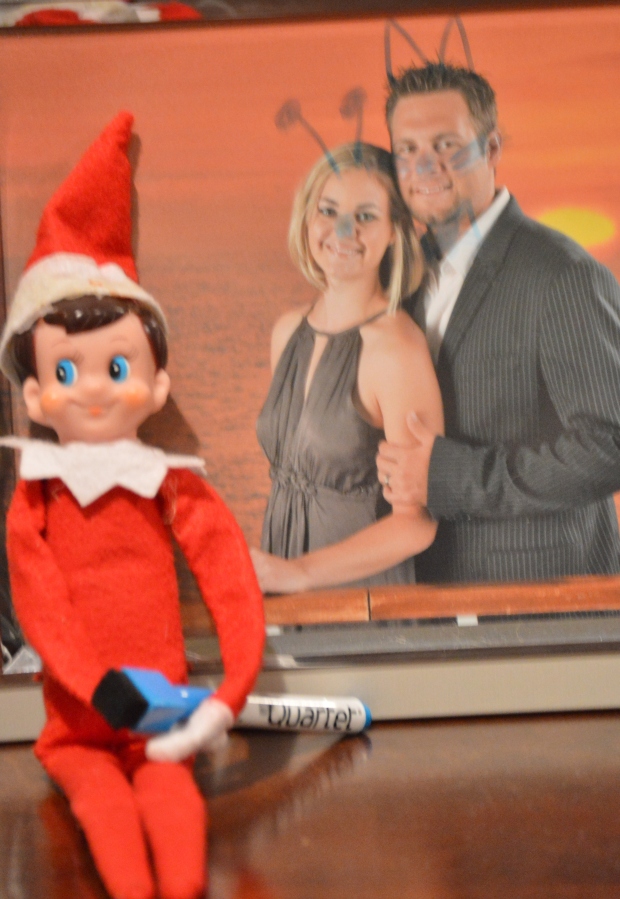 The kids were all wide-eyed the next day when we found Herbie dangling from the attic string in the hallway. He was disguised as Spiderman himself! 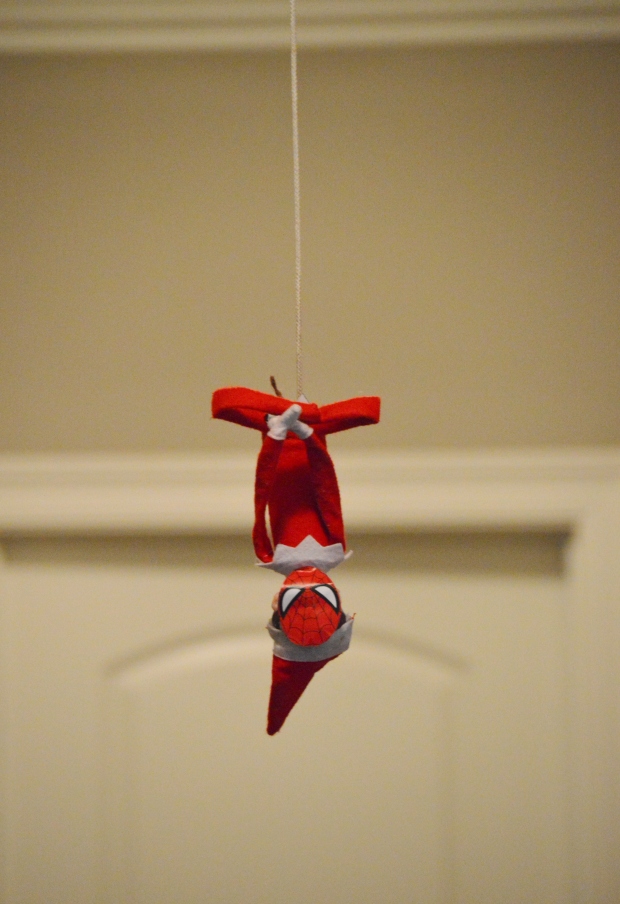 He had a sleepover that night with some friends (girls!!??). They were using socks as sleeping bags, and they had paper towels for pillows! 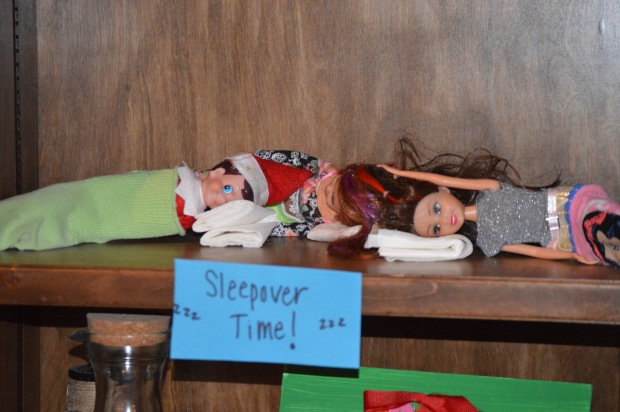 Herbie brought a special gift the next day. The kids have been wanting their very own manger, and that’s exactly what he brought! I was blown away by how well they knew the details of the story. 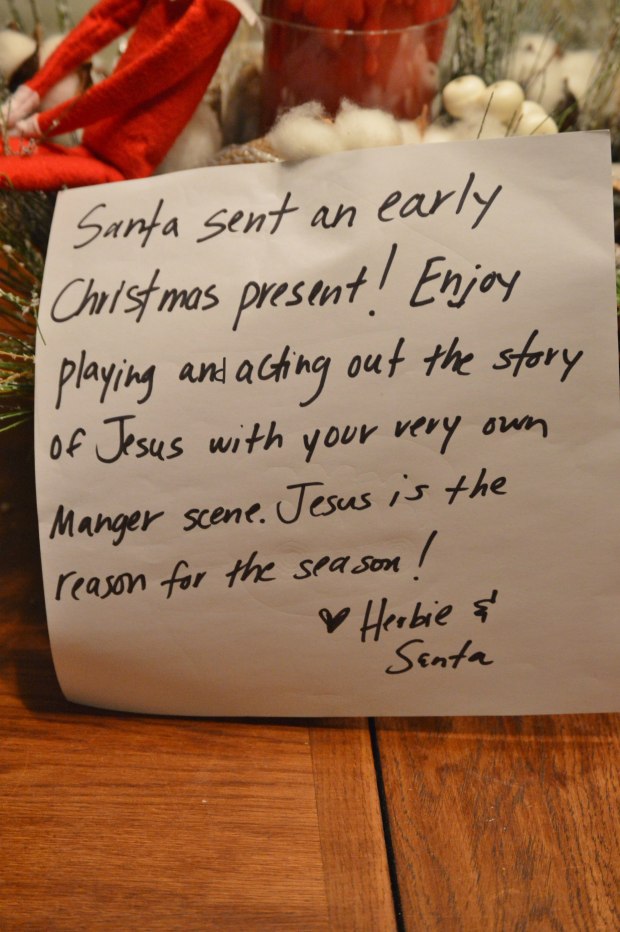 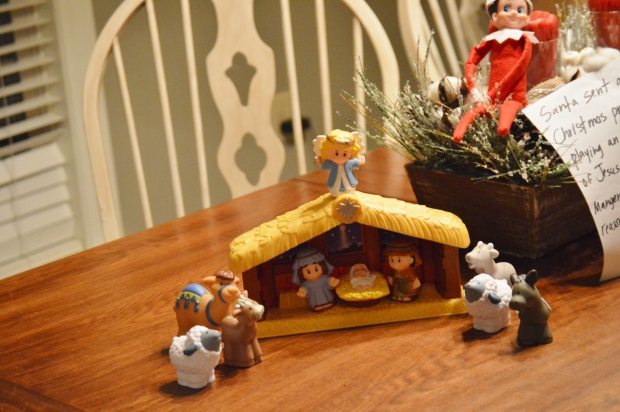 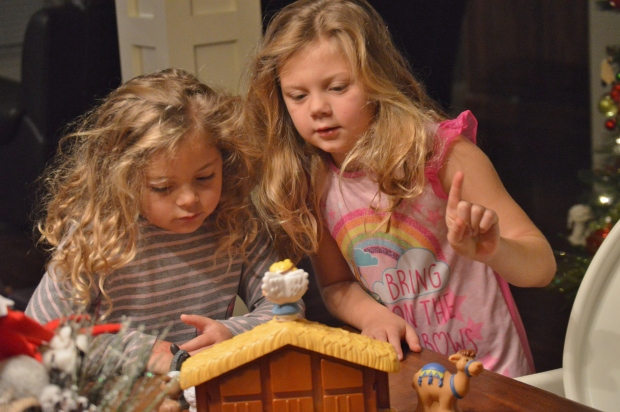 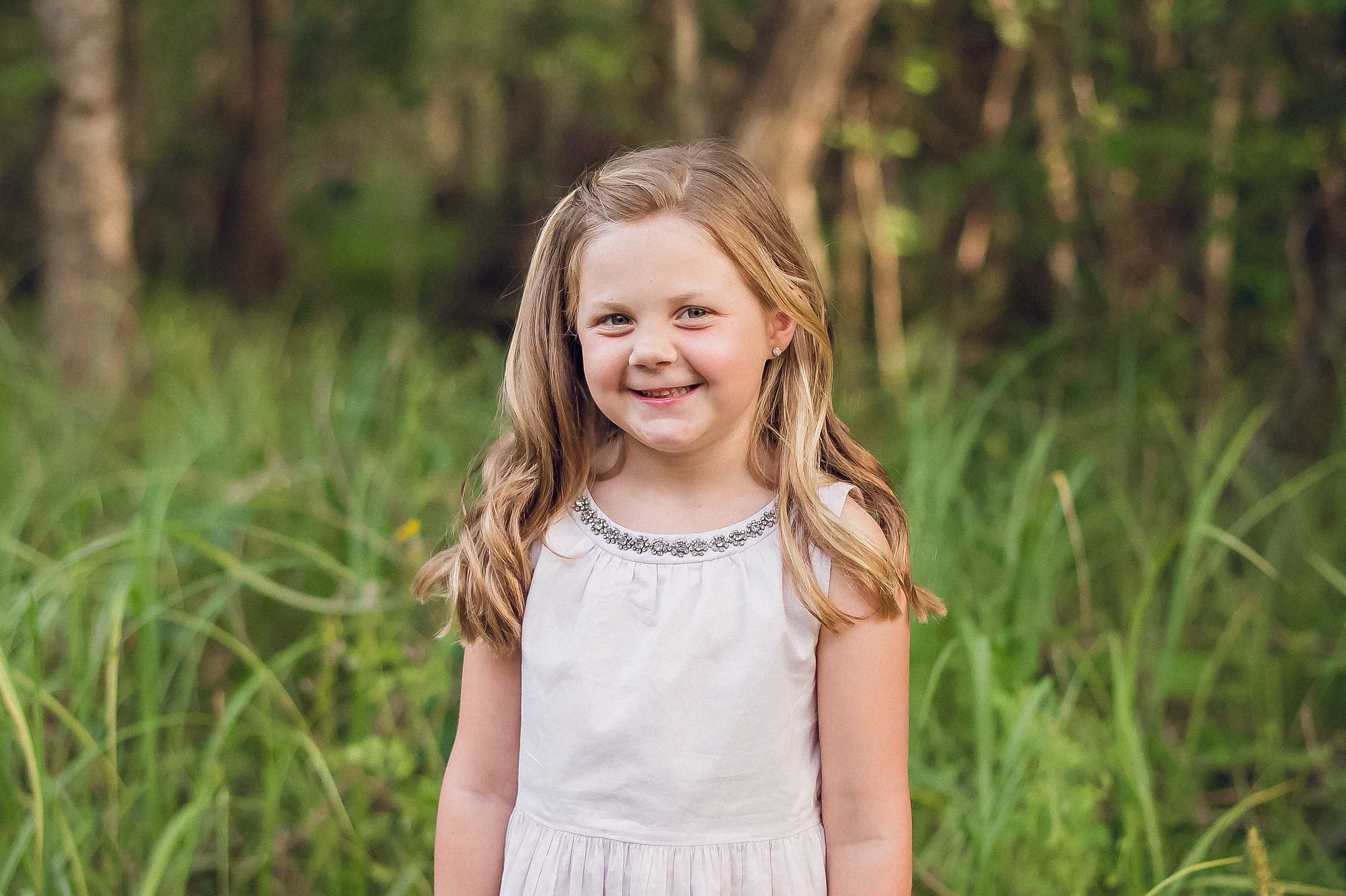 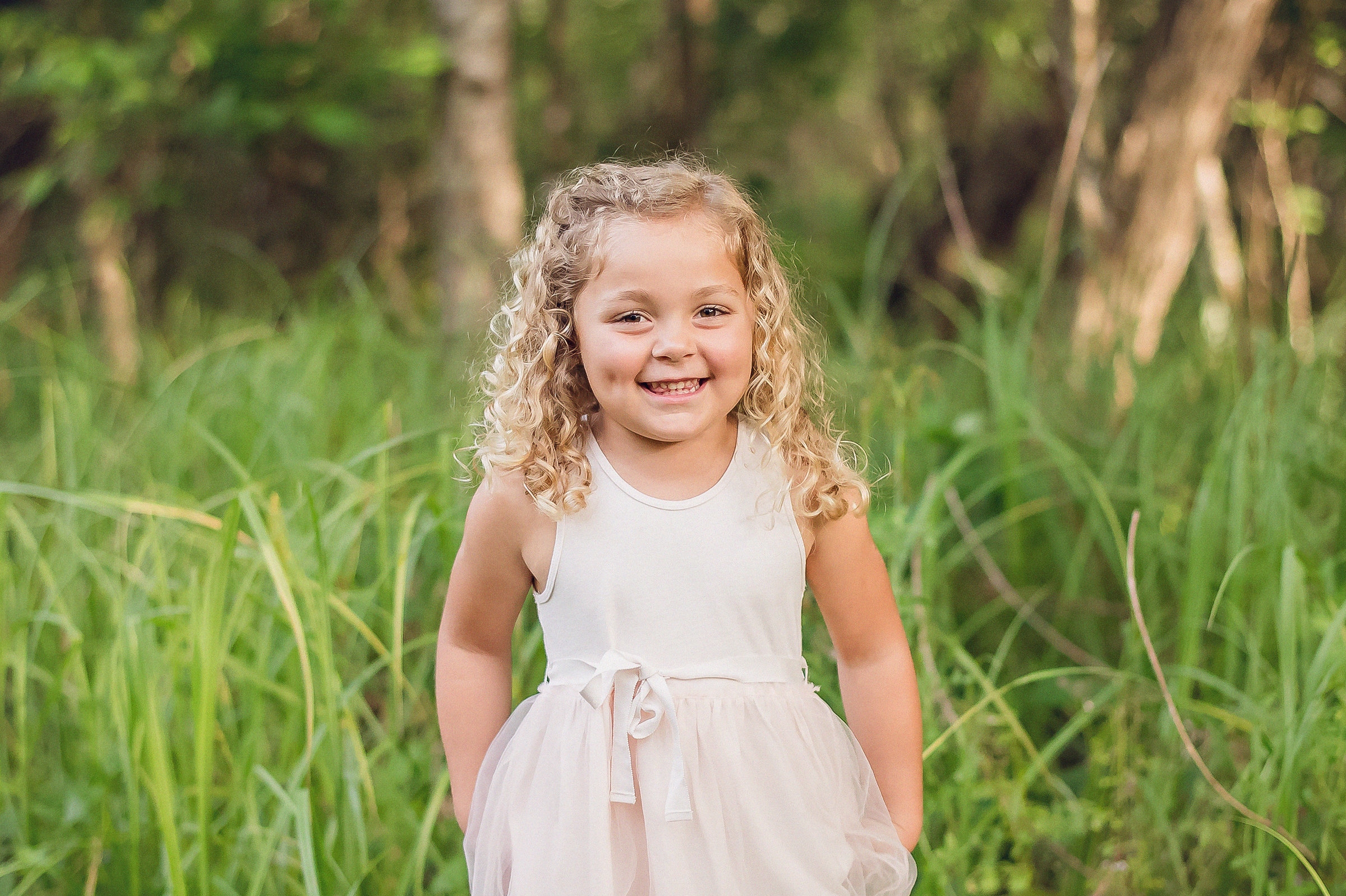 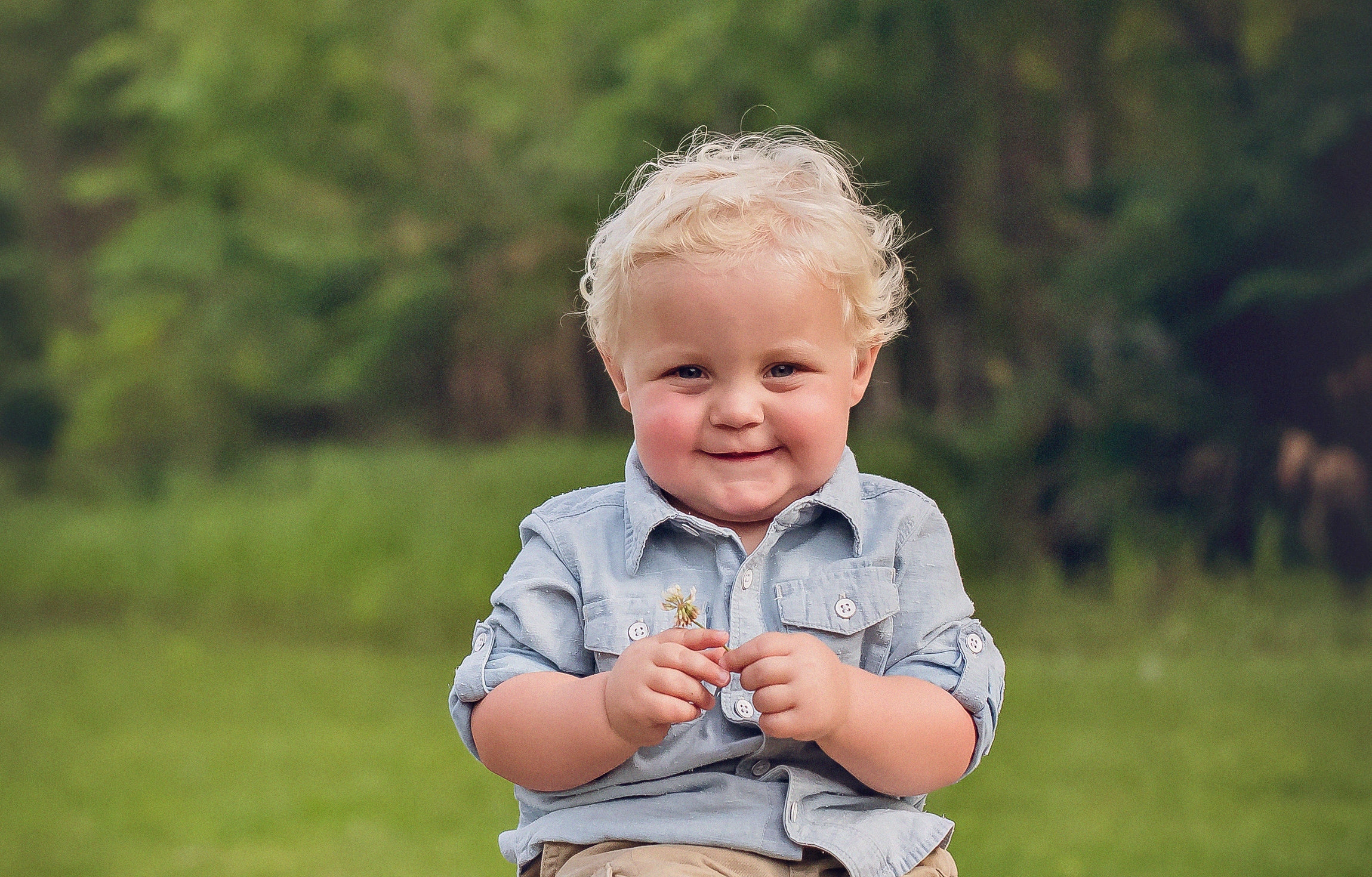