We were up bright and early to head to Animal Kingdom on our 3rd day. The one and only ride Seth and I were set on doing was the new Avatar Flight of Passage attraction. Since we could not get a FastPass (and standby lines are ridiculous), we headed straight there the minute the park opened. Oh My. This new construction in the park is AH-MAZ-ING. Just standing in line is beautiful. 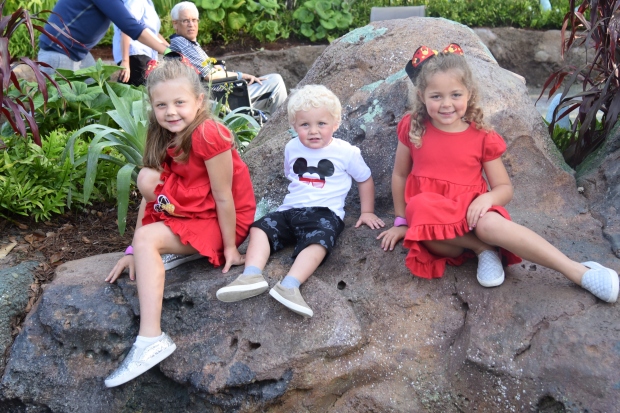 By the time we walked from the park entrance to the ride line, it was already at one hour. We decided we would wait. The girls were both tall enough to go on the ride, so we took advantage of the parent swap option. Those little stinkers were able to ride TWICE!

It was totally worth the wait…I would probably wait two hours if needed! The line is not boring…and the wait did not seem like one hour. We all agreed it was by far our best ride in Disney. It was beautiful. 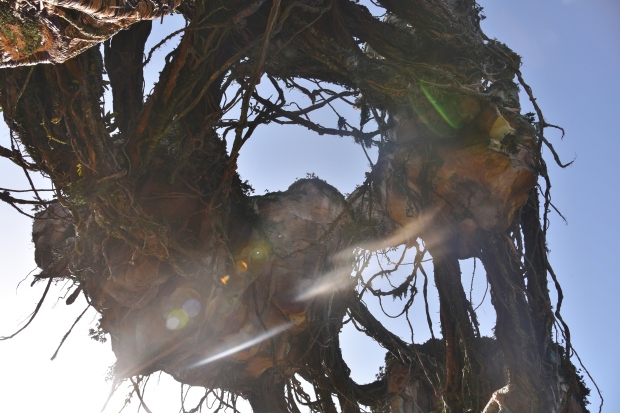 We then went straight to the Na’vi River Journey boat ride in the same Pandora World portion of the park. This too was a beautiful ride, but nothing compared to the Avatar experience!

We then headed to The Festival of the Lion King…one of my favorites!

We were enjoying the show so much…the kids were wide eyed the whole time. All of sudden, to our surprise, they came to get Kennedy & Jules to go up on stage to dance around. I basically threw Easton into the mix…I couldn’t let just two of them go! They took him and I held my breath…I didn’t know if he would love it or cry. Well, he LOVED it. He still talks about “the lions.”

He looked so little up there, but he surely fit in with the gang. He played his instrument and just followed everyone wherever they told him to go! (He didn’t like human looking pirates, but he loved these people dressed as animals with wild costumes and face paint….interesting) 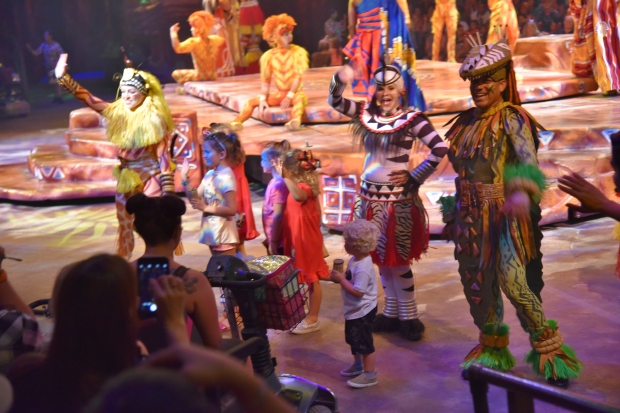 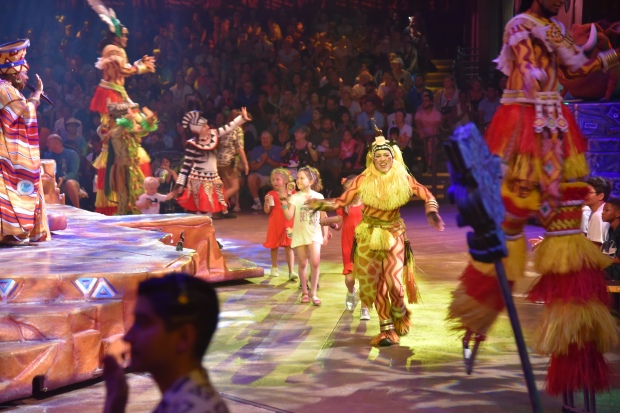 I had a Disney hormonal moment seeing all my babies up there during the Lion King. I became all teary-eyed like a big baby.

Everyone went back to their seats, but they kept Easton on the stage. They brought Timon over to give him a high-five. When Easton hit Timon’s hand, the crowd sighed, “Awwww!”

By the time the show had ended, we were just in time for our lunch reservations at Tusker House. 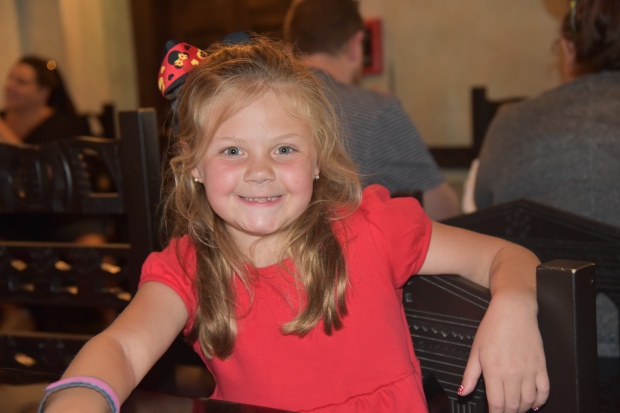 Daisy Duck came to our table first. The girls loved her heels and eye lashes! 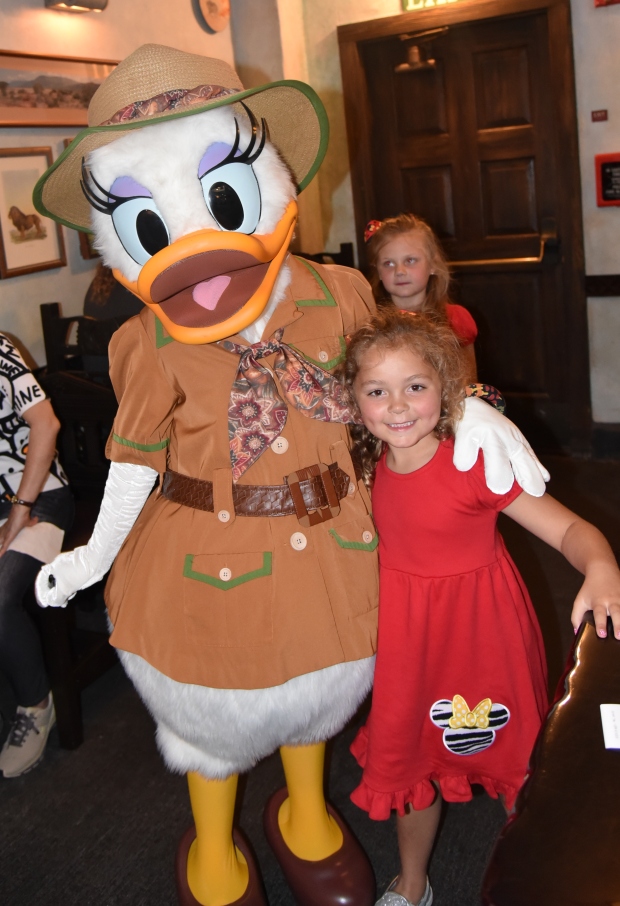 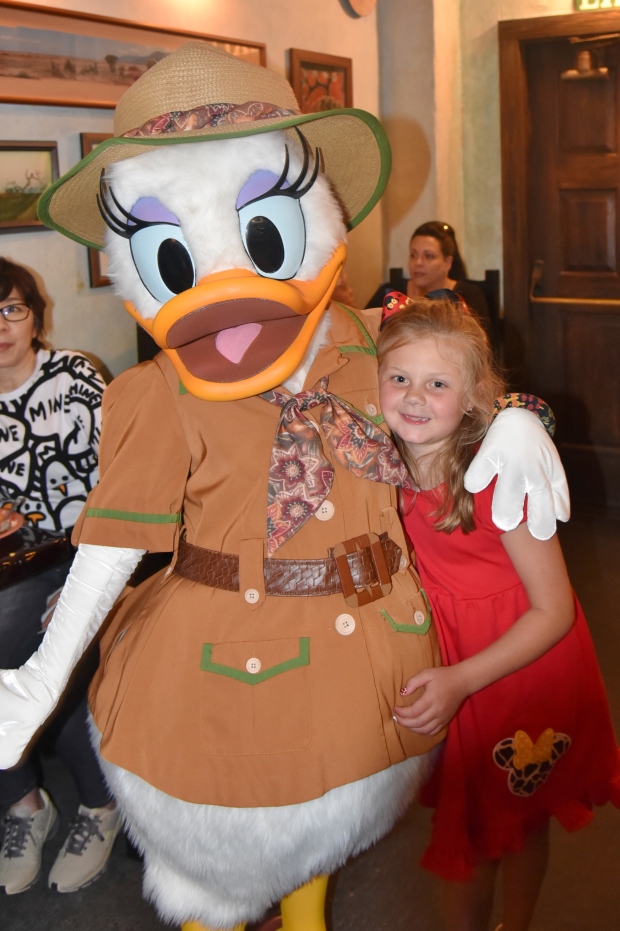 The Mouse himself was up next! We had smiles all around the table.

Donald Duck came to our table next! He loved Easton’s hair and kept petting the top of his head. 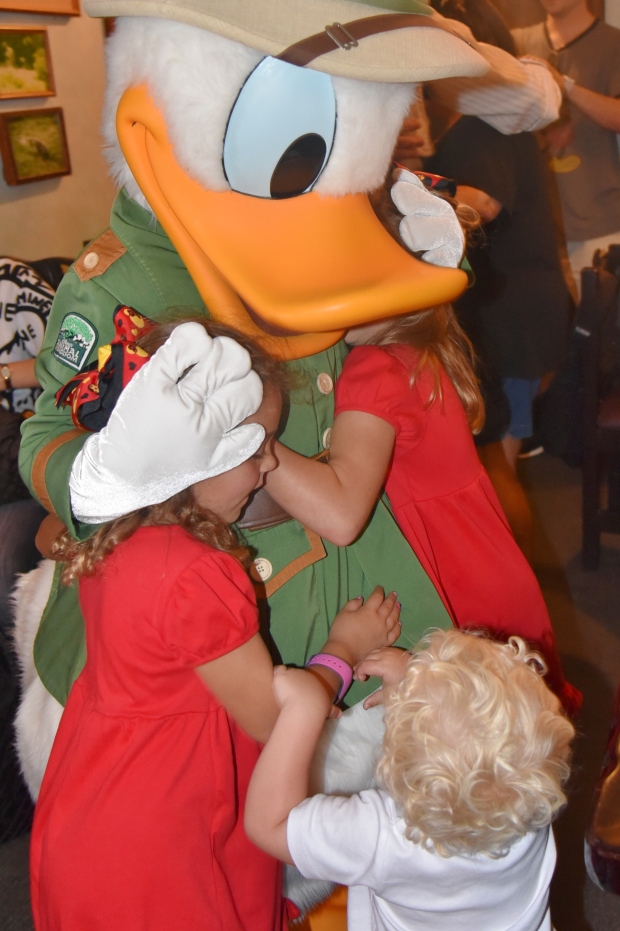 Goofy was next! He kept patting everyone on the head, and he even gave Mom & Dad a fist bump! 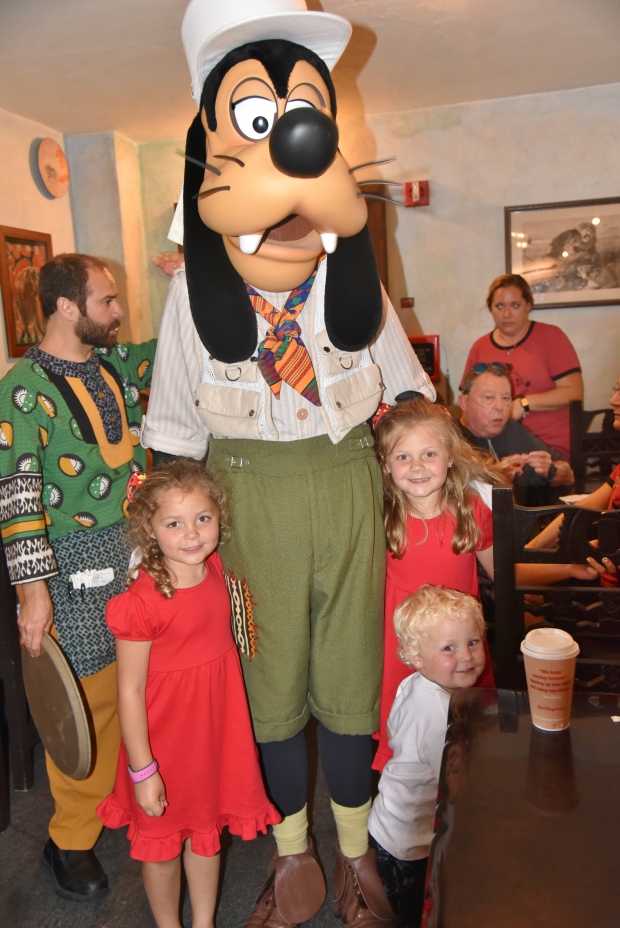 After we ate, the music came on and Mickey handed out instruments to everyone in the room. They paraded around dancing and playing their instruments! 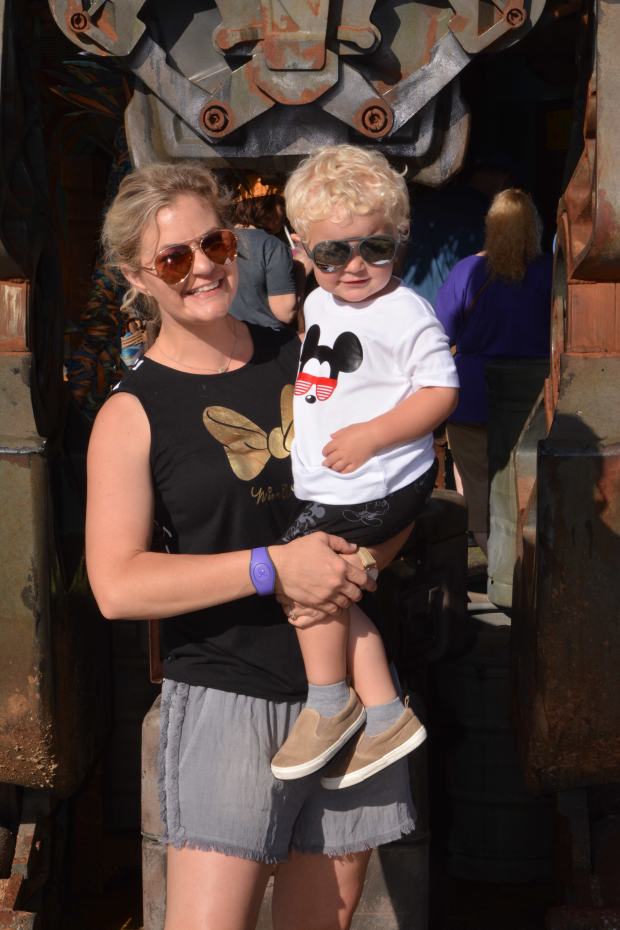 This park did not take an entire day, so the kids were excited to spend time at our resort pool. This was one of my most memorable days…I loved every second of our day in Animal Kingdom! 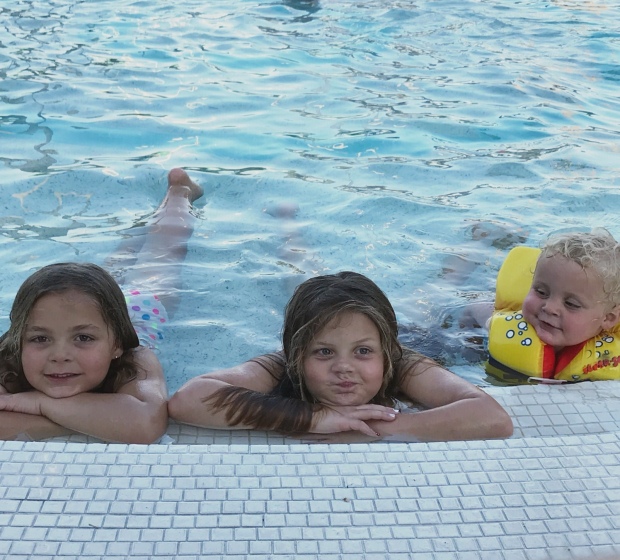